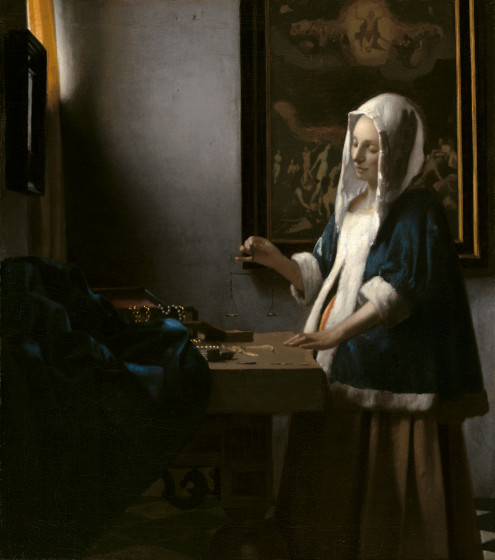 Christ in the House of Martha and Mary

Officer and Laughing Girl
0 out of 5

– Once called A woman weighing gold but a detailed examination revealed her hands to be empty
– The woman may have been based on Catharina Vermeer, the artists wife
– Some see religious or spiritual meaning in the painting due to the juxtaposition of her weighing her valuables against a backdrop of the Last Judgment painting in the background, with one art critic describing her as “symbolically weighing unborn souls

SKU: 143140
Facebook Twitter LinkedIn Google + Email
Is this a painting or a print?
This is a 100% handmade oil painting, painted by an experienced artist. Every painting that comes out of our studio is a genuine masterpiece and each stroke, texture and nuance is created by hand in the same way the original paintings were created. We use NO printing, pressing or technological techniques to create our paintings.
Why should I choose Company of Painters?
Direct from Professional Artists
Company of Painters is not involved in reselling. We are artists ourselves and have our own studios. All our artists have over 15 years' experience in reproducing oil paintings.