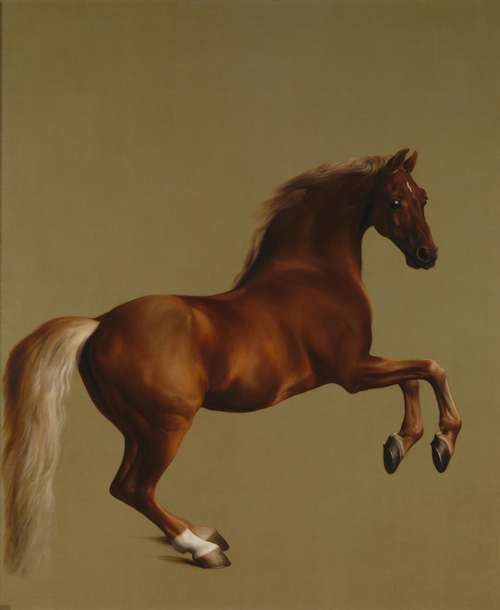 Boy with a Basket of Fruit

This painting is huge. The size of the artwork was on a scale that is usually reserved for kings.
Whistlejacket is probably Stubbs’ most famous work. The painting is among the top ten most popular paintings in the National Gallery.
Stubbs’ dedication to paint horses accurately is unprecedented. He carried out dissections and experiments on dead horses to better understand the animal’s physiology.