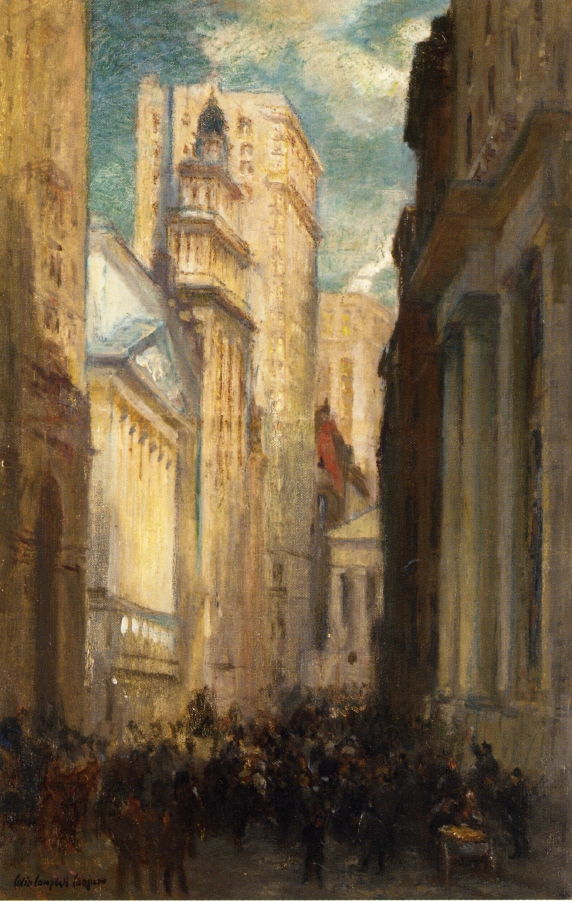 – The painter was dubbed as “the skyscraper artist par excellence of America” by the New York Times. This painting shows exactly why the New York Times described him as such.
– Revisit Wall Street as it was at the start of the 20th century. The period wa

More about Wall Street
Colin Campbell Cooper was a well-known figure in American Impressionism. He was mostly known for his architectural paintings, particularly of skyscrapers in New York City, Philadelphia and Chicago. His acclaimed cityscapes represented his interest in monumental architecture. This particular painting depicts Wall Street and its crowd during the early 1900s. It is now part of the collection of the City of Santa Barbara.