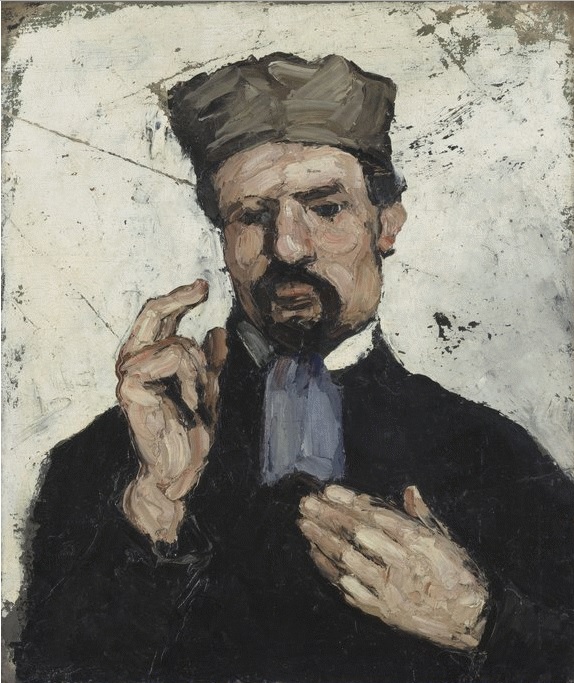 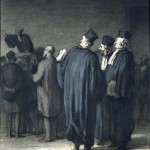 – It is one of nine portraits of Cézanne’s maternal uncle, Dominique Aubert. Collect them all!
– The painting is only one in the series that shows a sign of activity. In this painting, Uncle Dominique raises his finger as if to pontificate. Very lawyer-esque!

More about Uncle Dominique the Lawyer
Paul Cézanne’s worked on this series of paintings during his time in Aix where he first embarked on a genuine painting campaign. His uncle, a bailiff by profession, agreed to pose for him in various costumes. In the series, his uncle appeared wearing a cap, a turban and a bonnet. In other portraits, he was painted as a monk, an artisan and a citizen. Uncle Dominique As a Lawyer is currently in Musée d’Orsay in Paris.