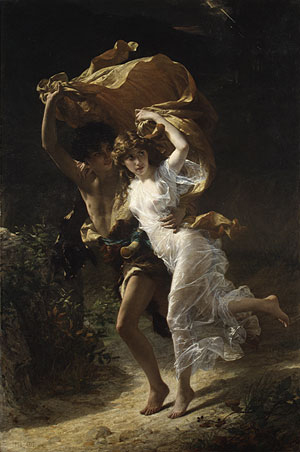 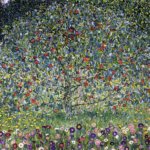 After the painter passed away in 1882, The Storm was the only exhibited painting that garnered some attention. His other famous work, Springtime only caught attention afterwards.
This fascinating image captures the vivacity of youth when it comes to romance. The expression on their faces while running away holding on to each other could either trigger old memories or inspire its viewers.

More about The Storm
The Storm was commissioned in 1880 by Catherine Lorillard Wolfe under the guidance of her cousin, John Wolfe. The painting depicts a young man and a woman running away while covering their heads with a blanket. When it was first exhibited at the Salon, the viewers speculated about the scene that was alluded to in the painting. Some speculated that it was a reference to the novel Paul et Virginie while others thought it was a scene from Daphnis and Chloe. The painting is now on display at the Metropolitan Museum of Art in New York.