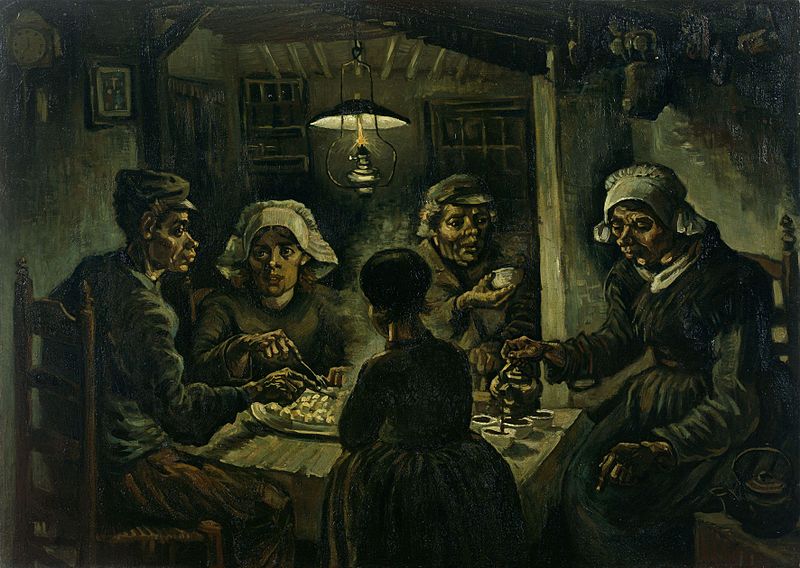 The Midnight Ride of Paul Revere

Two years after he painted The Potato Eaters, Vincent still considered it as his most successful painting even after it was criticized by his friend Anthon van Rappard.
Vincent wanted to depict the peasants as they really were. He deliberately chose coarse and ugly models so that they would be natural and unspoiled in the finished work.
The Potato Eaters was considered by many as Van Gogh’s first great work of art. It was created when Vincent was only starting to paint and had not yet mastered the techniques that made him famous.