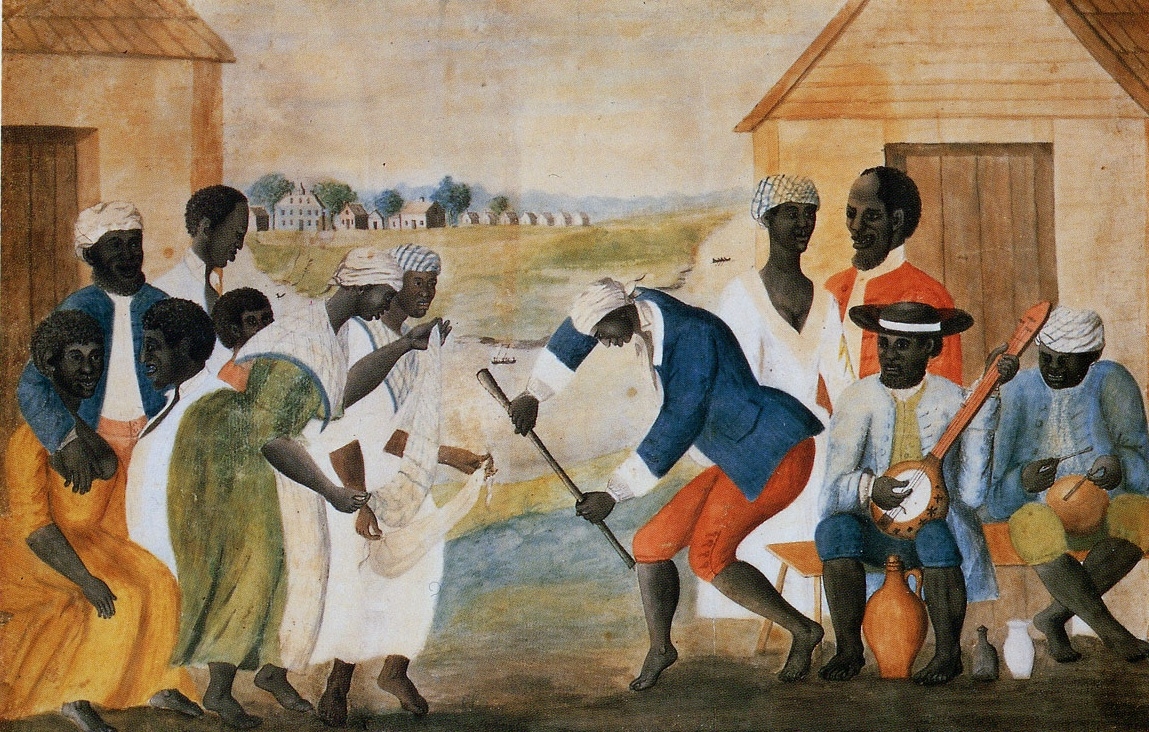 – The painting is the best-known surviving 18th century depiction of slavery in America. This could perhaps be one of the few paintings to depict slavery from the perspective of a slave owner.
– It has been widely reproduced and used in hundreds of books and other publications over the past 50 years. It has become one of the standard visual representations of early American slave life and culture.

More about The Old Plantation
The Old Plantation depicts African slaves enjoying their leisure time. Two men are seen playing musical instruments while another is seen dancing with a stick. This painting is believed to be a scene in John Rose’s own plantation.
The art work was left to John Rose’s son-in-law through his will. It remained in the family for more than a century until it was auctioned in 1928 or 1929. The painting is currently at the Abby Aldrich Rockefeller Folk Art Museum in Williamsburg.