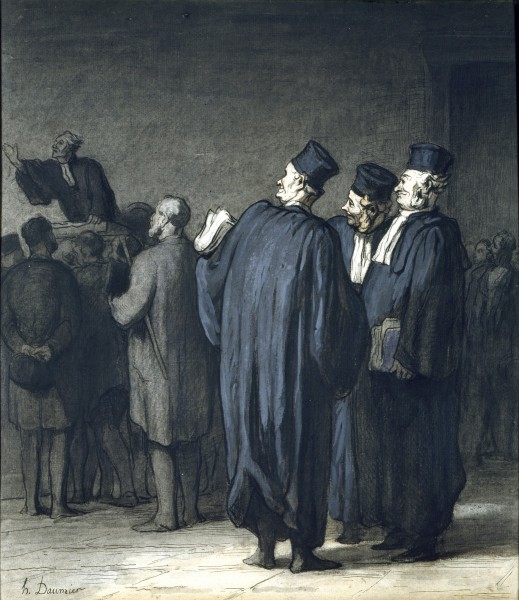 The Lawyer’s Office
0 out of 5

– This is one of Honore Daumier’s many works that represents his disdain for the corruption of the justice system during his time.
– He had to go to prison to get a good look at his subjects. How’s that for dedication?

More about The Lawyers
Honore Daumier was a French printmaker, sculptor, painter and a caricaturist. He was sometimes referred to as the Michelangelo of Caricature due to his frequent use of the technique. His caricatures were focused on the corruption and incompetence of the French government. Having been jailed for his caricatures, Daumier had the opportunity to interact with lawyers which were eventually the subjects of Daumier’s satirical works. This artwork can be viewed at The Walters Art Museum in Baltimore.