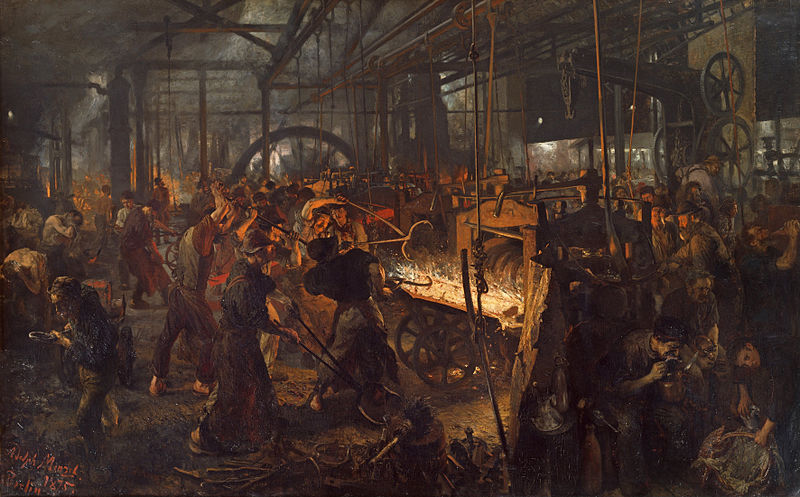 Portraits at the Stock Exchange
0 out of 5

– Considered as one of the most extraordinary and significant works of Menzel. In contrast to other industrial paintings that usually portray the product and the owners, Menzel focused on the workers and the machinery.
– Menzel went to great lengths to be able to portray the scene accurately. He visited a foundry, read engineering literature, sketched unfamiliar tools and studied the motions of the workers.

More about The Iron-Rolling Mill
The Iron-Rolling Mill by Adolph Menzel Adolph Menzel is considered to be one of the most prominent German paintings of the 19th century.  The painting depicts men at the steel mill, and most strikingly shows them working with molten metal. To some, its a glimpse into a hellish industrial scene. The painting was subtitled “Modern Cyclops” as an allusion to the Cyclopes, the blacksmiths in Greek and Roman mythology.  This work is now at the Alte Nationalgalerie in Berlin.