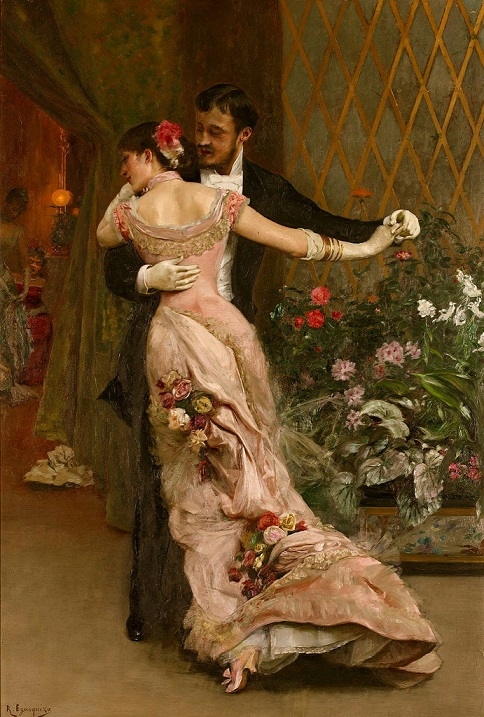 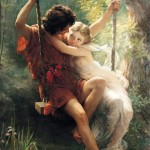 – Rogelio de Eguisquiza was a central figure of the Spanish artistic colony. His works are preserved mostly by the Museo del Prado. Others are kept in the National Library of Madrid and the Museum of Modern and Contemporary Art of Santander and Cantabria.
– Imagine yourself in the ballroom with the dancing couple. Let them inspire you to dance and glide vigorously to the rhythm and melodies of love.

More about The End of the Ball
Rogelio de Eguisquiza was mostly known for painting Wagnerian themes. At the end of the 19th century, he began focusing on the Spanish Golden Age. The End of the Ball depicts a couple dressed in traditional 19th century costumes dancing a waltz. The man seems to be relishing the moment while the woman affectionately leans against his shoulder.