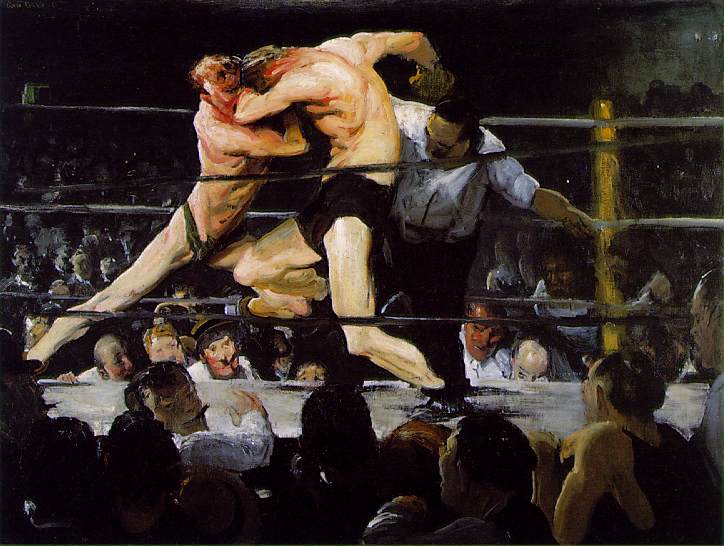 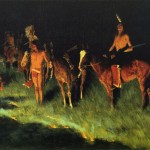 – This painting takes you to a time when public prizefighting was still illegal. People had to go to great lengths to arrange a match. Participation in the ring was limited to club members and non-members (known as stags) were given temporary memberships.
– The painting is one of the best examples of works that came out of the Ashcan school movement. The artists in this movement avoided painting beautiful landscapes in favor of a gritty and realistic portrayal of the urban slums.

More about Stag at Sharkeys
Stag at Sharkeys depicts two boxers locked in battle while the audience enthusiastically cheers them on. The athletic club referred to in the painting was located across George Bellows’ studio. Bellows painted other scenes about boxing and wrestling but Stag at Sharkeys is considered as one of the most iconic images of the 20th century. The painting is now at the Cleveland Museum of Art.