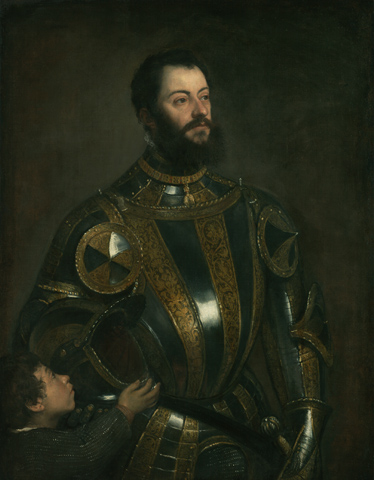 – SOLD FOR $70.0 MILLION (equivalent to $89.7 million in 2015) in November 2003.
– This is history on canvas. And the subject is pretty darn impressive as well  not only does he look amazing in his suit of armor, he actually captured the French King Francis I and handed him to Charles V.
– Claim he is a relative if you must, but whatever you do, get a painting of the Seventy Million Dollar Soldier!

AXA insurance sold the painting to the Getty Museum. The Getty is one of the worlds richest museums, and perhaps the most tenacious. The painting had previously been hanging in the Louvre, which had hoped to keep the painting but oddly chose not to buy the painting at a preferential price when it had chance, meaning the nearly-500 year old masterpiece will be hanging in the Californian museum from now on.

The painting actually shows the governor of Milan and commander of the Holy Roman Emperor Charles Vs forces in Italy. Its amazing how a painting can straddle 500 years of history. Thats a painting that is older than the USA by several hundred years! And yet we can look at the face of the subject and imagine what his personality might be like.