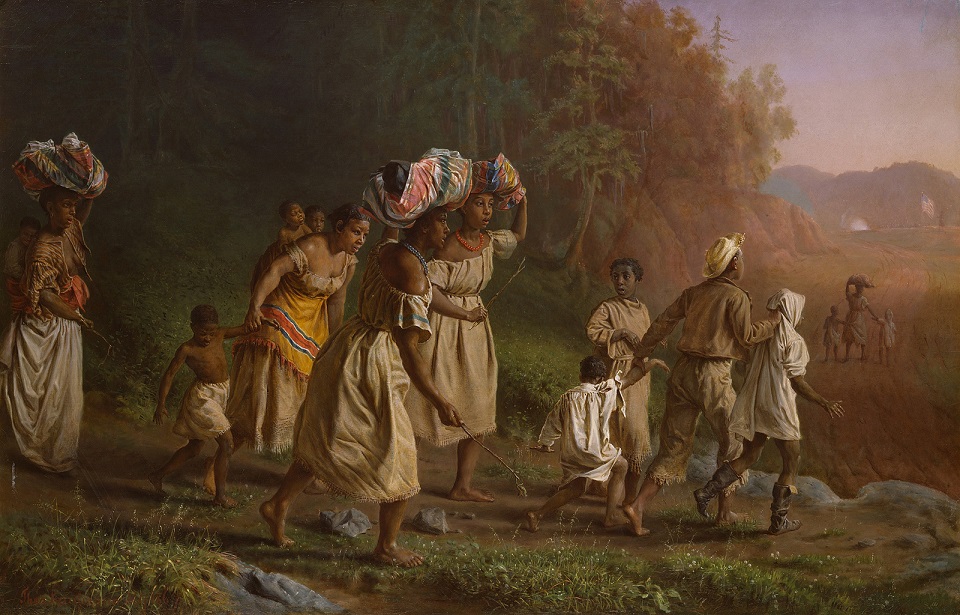 Charity of Saint Elladius of Toledo
0 out of 5

– Kaufmann fought in the Union Army and may have been a correspondent-artist. He could well have directly witnessed situations similar to the scene depicted in the painting.
– The painting represents the challenges the former slaves had to overcome to obtain liberty.

More about On to Liberty
The painting depicts fleeing African slaves during the American Civil War. Most of them were women and children because the retreating Confederate troops took the adult male slaves with them. While the battle rages on, they flee towards the Union flag. The painting is currently at the Metropolitan Museum of Art in New York.