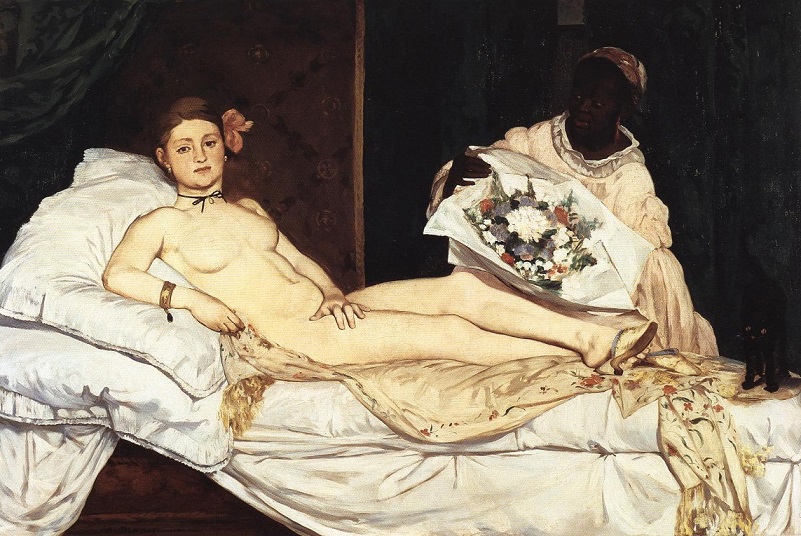 The Flower Carrier
0 out of 5

The theme of this painting is revolutionary. While the common practice in French art at that time was to depict mythological, historical or biblical themes, Manet chose to paint a real woman. Not just any woman but a prostitute.
The public was so outraged by the painting that guards had to be stationed next to the artwork to protect it. The painting was later moved to a spot high above a doorway where it could not be reached.

More about Olympia
Olympia depicts a nude woman lying in bed as a black servant brings flowers to her. The painting was considered immoral and vulgar by its critics because certain details in the painting indicated that the woman is a prostitute. The model for Olympia was Victorine Meurent who also became an accomplished painter. The painting was inspired by Titian’s Venus de Urbino. After Manet’s death, Claude Monet organized a fund raiser to purchase Olympia and offer it to the French state. The painting is currently at the Musée d’Orsay in Paris.