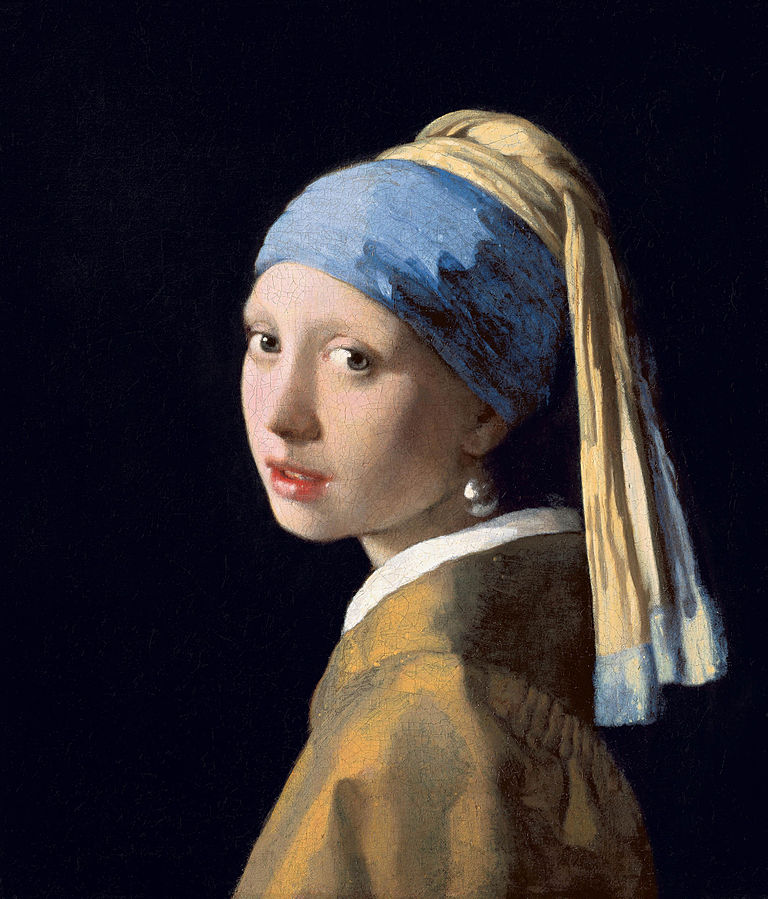 – A painting so good, so lifelike, one feels a connection when viewing it even though its 350 years old
– Its inspired movies, books, countless artists, and millions of people around the world.
– Many paintings are world famous, but this one manages to remain very personal despite its fame.

More about Girl with a Pearl Earring
Despite appearances, this isnt a portrait. Rather, it is a tronie, a type of painting common in the Dutch Golden Age of painting. See https://en.wikipedia.org/wiki/Tronie
The background was originally deep green, but the pigments used to color it so have faded over time.

The painting has been in the Mauritshuis in the Hague since 1902.

Girl with a Pearl Earring movie at http://www.imdb.com/title/tt0335119/ (with Scarlet Johannson)

The book that inspired the film: http://www.barnesandnoble.com/w/girl-with-a-pearl-earring-tracy-chevalier/1100314640