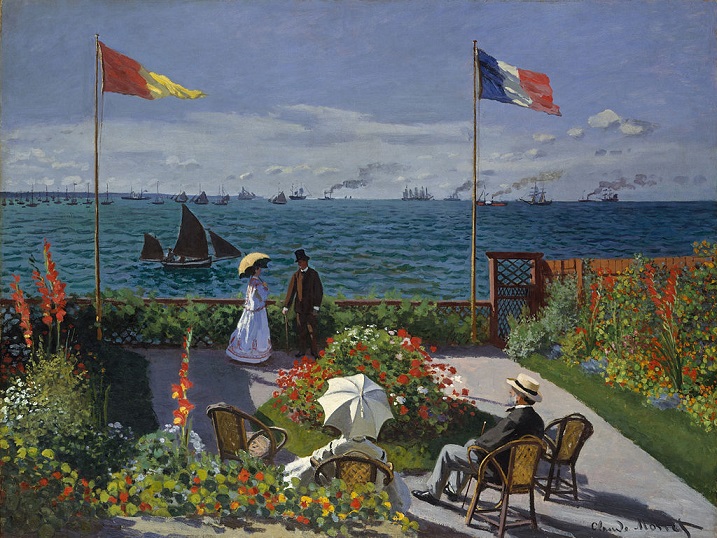 Fighting Stallions
0 out of 5

– The painting reflects Monet’s admiration for Japanese woodblock prints. He referred to it as “the Chinese painting in which there are flags” while Renoir referred to it as “the Japanese painting with little flags”.
– Although the scene projects affluent domesticity, Monet’s relationship with his father at that time was tense due to his family’s disapproval of his relationship with his future wife Camille Doncieux.

More about Garden at Sainte-Adresse
Garden at Sainte-Adresse was painted by Claude Monet when he spent time at the resort town of Sainte-Adresse in the summer of 1867.  It depicts his father Adolphe relaxing at the terrace along with their other relatives.  The people standing near the fence are believed to be Monet’s cousin Jeanne Marguerite and her father Dr. Adolphe Lecadre.  The woman who sits next to Adolphe is probably Lecadre’s other daughter, Sophie.  The painting was first exhibited at the fourth Impressionist exhibition of 1879.  It is now at the Metropolitan Museum of Art in New York.