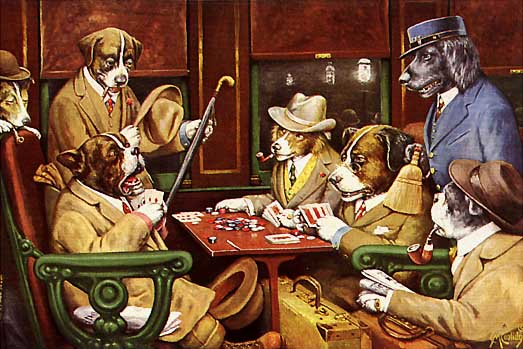 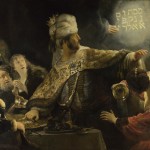 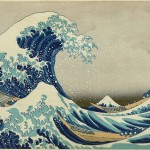 The Great Wave off Kanagawa
0 out of 5

Dogs Playing Poker (series of paintings) became staple home decor in the working class homes in the 70’s.
It is a great gift for dog and poker lovers alike.
The series of paintings were mainly for commercial usage and not for high art, but they still make good conversation pieces if you have one at home or in your office.
One of the prints is housed and given a small honor in Philadelphia in 1991. Coolidge’s 80-year old daughter gave them a print from her father’s collection.

Dogs Playing Poker is a series of paintings which feature anthromorphized dogs. In 1903, the advertising agency in St. Paul, Minnesota, Brown & Bigelow, commissioned Coolidge to create sixteen oil paintings for a cigar advertisement. In pop culture, some of these paintings have been referenced and/or appeared on numerous souvenir items, kitsch, TV and film.

The most popular of the Dogs Playing Poker series is the one entitled ‘A Friend in Need’ which shows a pair of bulldogs playing and cheating against five hounds. It is also the often misnamed painting in the series – referring to it as the only Dogs Playing Poker painting.
These paintings were often criticized for being lowbrow or in poor taste. The art elites have also derided this art series.

One of the prints was housed and given a small honor in Philadelphia in 1991. Coolidge’s 80-year old daughter gave them a print from her father’s collection.