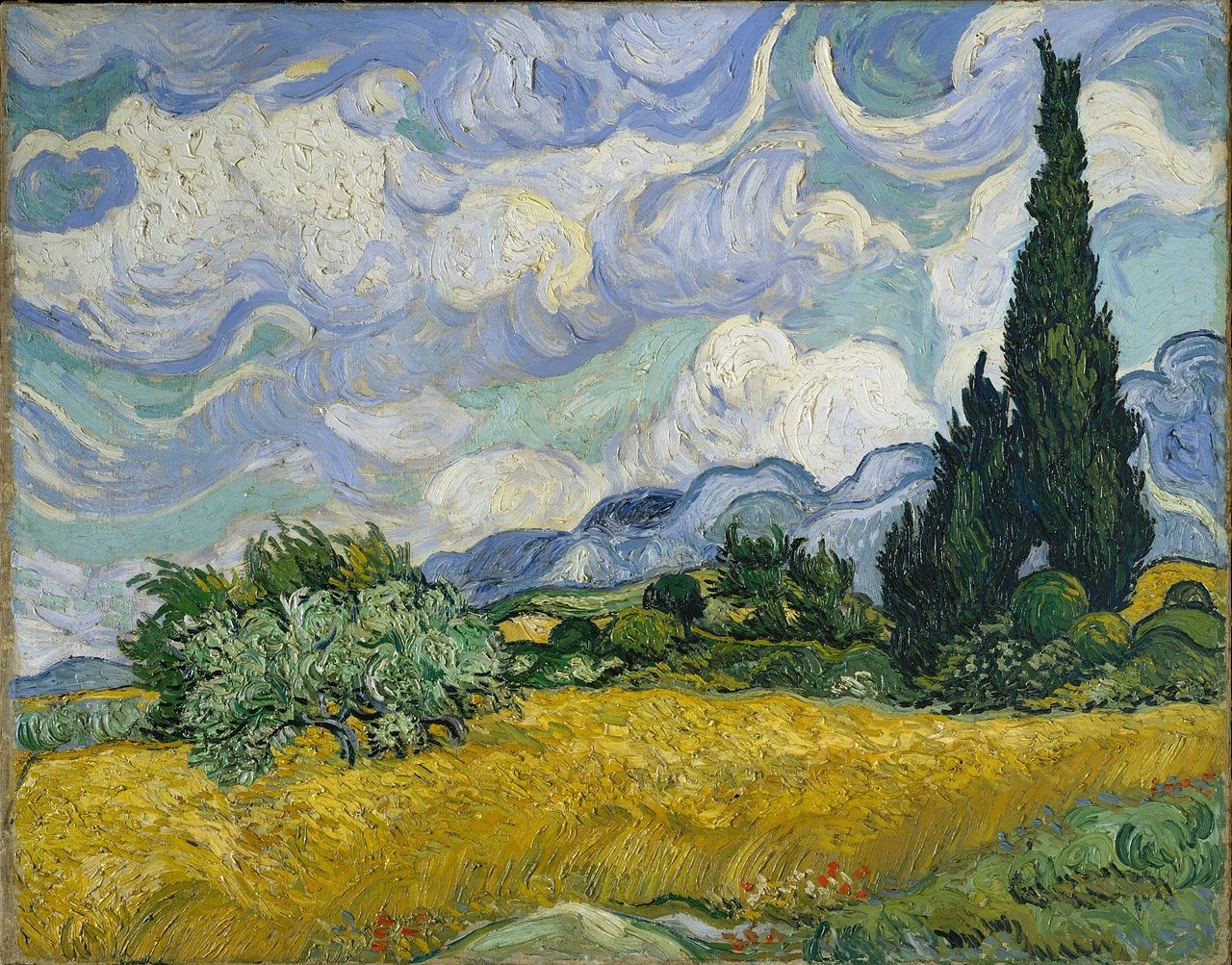 Vase with Fifteen Sunflowers
0 out of 5

Also known as Wheat Field with Cypresses, Van Gogh described his latest work to his brother as: a canvas of cypresses with a few ears of wheat, poppies, a blue sky, which is like a multicolored Scotch plaid; the former painted with a thick impasto and the wheat field in the sun, which represents the extreme heat, very thick too.

Van Goghs Cypresses paintings have a very calming effect in them in that they make use of an analogous color scheme of yellow, green and blue in contrast to the usual complementary colors that the artist is better known for.

Wheat Field with Cypresses is currently on display at the Metropolitan Museum in New York City. It was donated by Walter H. Annenberg who bought it from Emil Buhrle in 1993 for $57 million making it among the most expensive paintings ever sold in history.

The original reed-pen design can be found at the Van Gogh Museum in Amsterdam while his two other oil on canvas variants are part of a private collection and of The National Gallerys collection in London.